Pride in a Conflicted Zone: Belfast 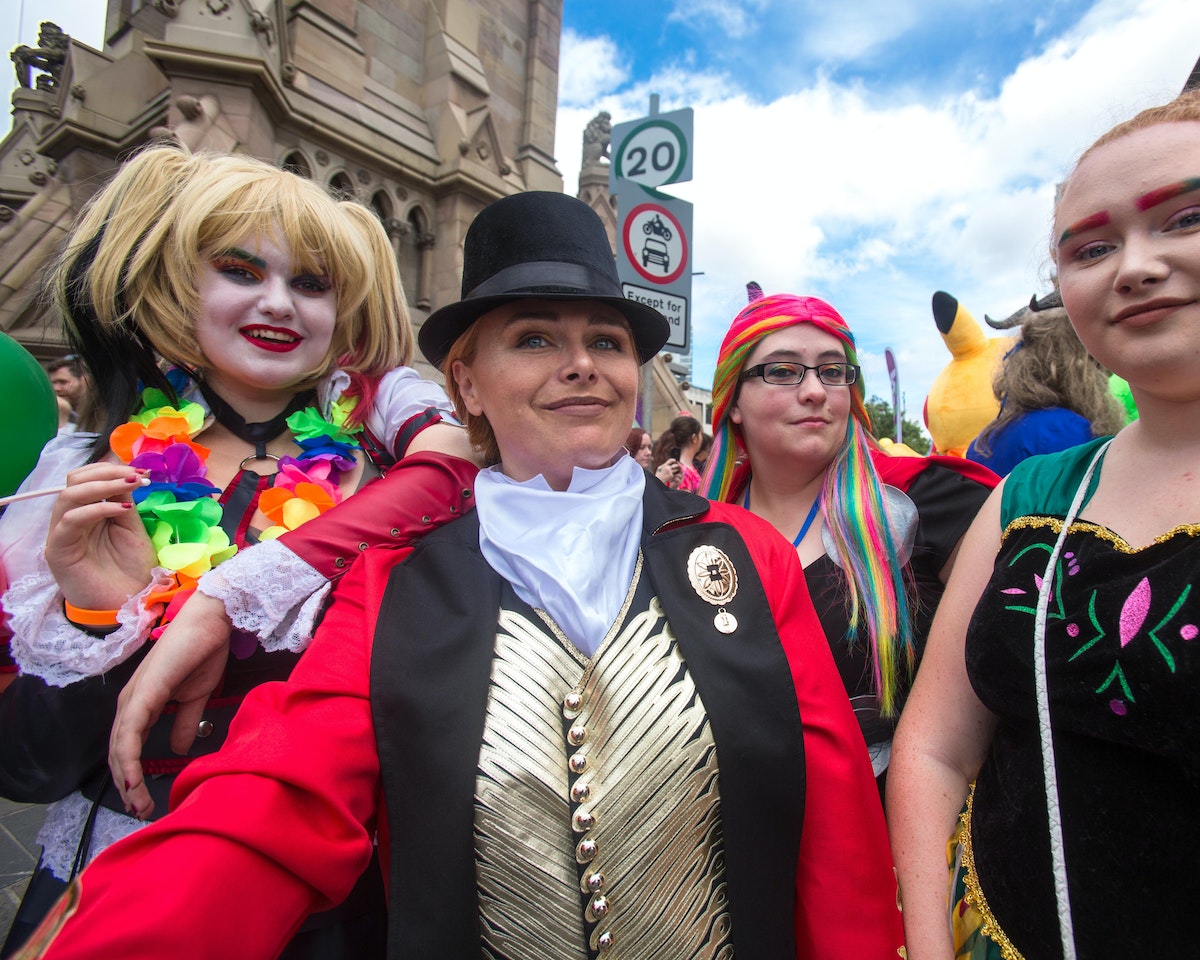 As Northern Ireland’s largest cross-communal event, Pride extends to all people the intoxicating prospect of a life “beyond the binary”— both gendered and sectarian. People from across the province and beyond, transcending their ancient divisions, converge on central Belfast; thrilled to be bathing in the possibilities of a better world.

Looking at contemporary Northern Ireland through the lens of Pride, it is easy to establish that a majority of people—from both sides of the divide—yearn deeply for freer lives and broader horizons.

For three years from 2017, Belfast Pride was held in the stale atmosphere of familiar division and political paralysis.

The main political parties–representing the two divided and still largely segregated communities–had dug in again. From 2017 until January 2020, they refused to work with each other— the cornerstone of the twenty years old Peace Process. So, for three years, there was no government at all in Northern Ireland. And the central government at Westminster, distracted by Brexit, paid the province very little attention.

The Good Friday Agreement twenty years ago may have stopped the killings, but there had been precious little progress in normalising, desegregating or healing, a deeply divided and traumatised society.

During the recent stand-off, three issues represented red lines for the two disagreeable political parties. Two of those issues were of core concern to the LGBTI communities of Northern Ireland—the extension of marriage equality and reproduction rights (i.e. the right to abortion) to the same level enjoyed by the people of the Republic and the UK (the third issue, being Gaelic language recognition).

In early 2019, Westminster was finally moved to action, when it imposed on Northern Ireland both Marriage Equality and the right to abortion. These issues may have been legitimate red lines for the two parties, but it still took another full year before they reentered into power-sharing.

Through the rolling fogs of intransigent division, Belfast Pride presents the people of Northern Ireland with its largest cross-communal event. Its inherent values beautifully render impotent and obsolete, many of the political shibboleths of a negative and fruitless discourse.

Northern Ireland surely demonstrates the dead-end futility of politics powered by identity. Commenting on the nature of identity politics during the Brexit debates, Christopher Patten—last Governor of Hong Kong and former Chair of the British Conservative Party—noted, "I look at the jobs I had in politics and the most difficult ones, all involved identity politics. The first ministerial job I had was in Northern Ireland where the argument is allegedly between Catholics and Protestants... It's not that at all. It's about power."

At its most simple, Belfast Pride cuts with laser precisions, through the miasma and memories left over from the Troubles. With little optimism on offer through sectarian politics, Pride offers the people of Northern Ireland a sense of how a normalised society engages, looks and feels.

With no leeway offered through politics, civil society— administrative authorities, bureaucracies, NGOs, and academics—revert to anesthetising bromides that serve to conceal the gaping wounds. It allows them to steer Northern Ireland into a “post-conflict society”. Such innocuous terms conceal many harsh realities. There is a whole lexicon that seem to give a comprehendible comfort to those seeking a way through the unyielding maze.

No matter what term they use, twenty years after the Good Friday Agreement, Northern Ireland remains a deeply conflicted, physically divided and largely unhealed society. Troubles-related trauma, and its intergenerational impacts, contribute to poorer physical and mental health outcomes compared with the rest of the UK.

Certainly, the Agreement marked the formal end of a horrific, extended, internecine war between Republicans and Unionists. It was a war of frightening familiarity; pitting neighbourhood against neighbourhood. There was no in-between. There was nowhere to hide. What seemed to be a war without end, was finally fought to exhaustion—beyond where vengeance offered only vacant rewards.

These were no mere Troubles; they were the Terrors.

With a small spark of imagination exercised by the then political players, the first Good Friday dawned with hope for a brighter future. But since then, there has been little progress toward any real communal reconciliation. To this day, education remains 90% segregated and “mixed marriages” between members of different communities remain the exception.

Ironically, the Good Friday Agreement fundamentally institutionalises sectarianism. It appears to be a politicians’ agreement, rather than a peoples' peace. Completely refreshed thinking is needed if Northern Ireland is to move beyond a permanently fractured and unhealing society. Until then, history’s breath will continue to menace; heavy and close, as damp and heavy as adjacent maritime air.

Rainbow after the storms

Through this bleak survey, one event—Belfast Pride—offers more than a glimpse of a heart-warming rainbow after an unending tempest. Pride is both a beacon and balm for a divided and damaged city. Thousands of people from across the province and beyond, join with LGBTI people, to fill the city centre. There, they manifest and share in the open-hearted expansiveness that is Pride.

Broadly, LGBTI people in Northern Ireland are free to live out their lifestyles as freely and expressively as anyone else in other socially evolved societies. An anti-Pride demonstration attracted enough badly-suited people (mainly old men) to fill just one telephone booth—forcing several glum-grey demonstrators to flow onto the pavement.

Despite the empowering experience of Pride, everyday life in Northern Ireland remains entirely "binary", in the political sense.

Most people have to declare on which side of the sectarian divide they fall. Even if they don’t want to, a mark goes before them. The mention of a neighbourhood, a school, a place of work, or a first name comes with an assumed identity and an expected way of thinking, acting, and responding.

No-one is left out. The grim joke of having to declare as either a protestant-atheist or catholic-atheist is as sardonic as it is true. It doesn’t take long to find a mixed Greek Orthodox/Irish person who identifies as Protestant; or a gay Catholic Unionist. In the political sphere, there are even “Green-Greens” and “Orange-Green”, if you can get your head around that?

However, at a personal level, one’s LGBTI identity is likely to trump the incessant demands of communal identity. Such predetermined categories are usually of less interest to LGBTI people (and those who share their values). They are more likely to have friends, associates and partners from any number of backgrounds—even from beyond the eternal "binary"; like migrants and non-Christians of any stripe! They are also more likely to form truly “shared spaces” —another term loaded with meaning in the Northern Irish lexicon of reality minimisation.

The proxy for a broader life

The broad support for marriage equality while it was being debated, revealed a significant majority across all society, who dearly hoped for a better life. In the Irish Republic and Australia, the popular votes for marriage equality were the loudest proxies possible for the continued expansion of open, tolerant and diverse societies.

Before the issue was resolved, opinion polls in Northern Ireland consistently pointed to similar support levels for marriage equality to those recorded in Australia and the Irish Republic before their votes (around 65-70%). The poll pointed toward an unmet yearning for a more tolerant and inclusive society for all in Northern Irish people. The broad appeal of Pride in Belfast, shows that many people despair at having to live in such a reductively binary-world. It's a world defined by faith, whether or not its practiced. It grinds people down; narrows their opportunities and options; corrodes their relationships and connections to a broader society.

It’s no wonder that once a year that so many people readily embrace Belfast Pride. Together they join in spreading Pride's love and inclusion throughout the city. The parade courses as a refreshing river, through Belfast's city streets. As it does, it pushes ahead of it the stale tensions, old scars and immovable barriers—visible and invisible.

As long as humans are indeed human, people yearning for better lives will always find ways to subvert the political imperatives of living within the soul-destroying constructs of an insistently binary society. It’s the role of Belfast Pride to show how it's own people, just easily they can change things.

The right to live in a normalised society is one that has been denied to all citizens of Northern Ireland by cruel history, politically institutionalised sectarianism and the hardening of political players bent on keeping different people apart. And now that marriage equality is finally achieved in Northern Ireland, the current abysmal rates of mixed marriages will surely improve as LGBTI couples, less concerned with the background of their other halves, are reflected in the official statistics. 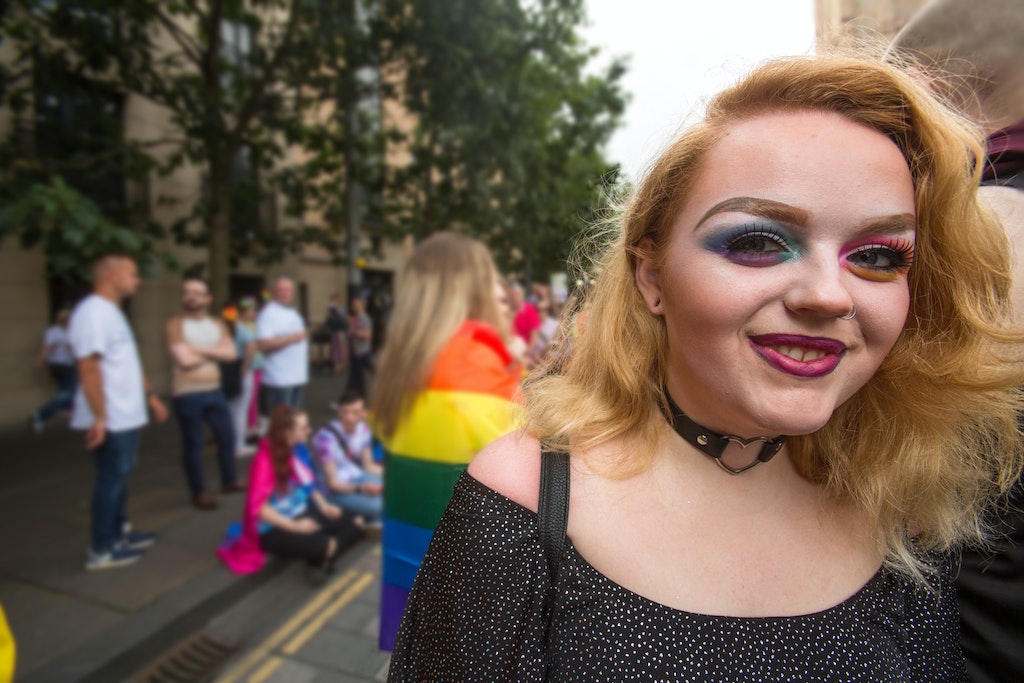 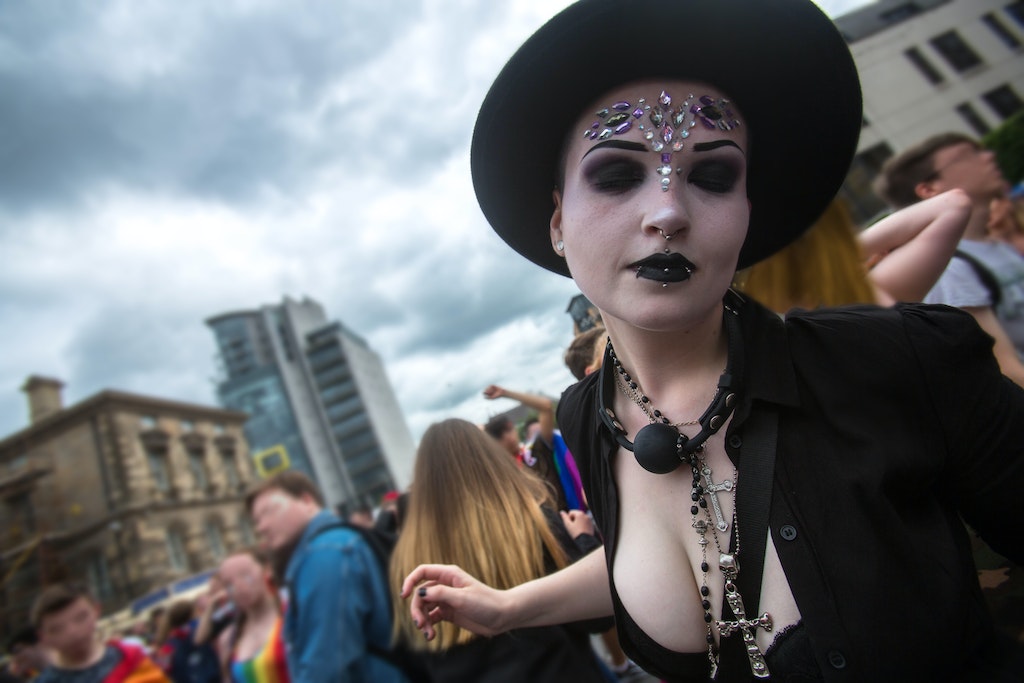 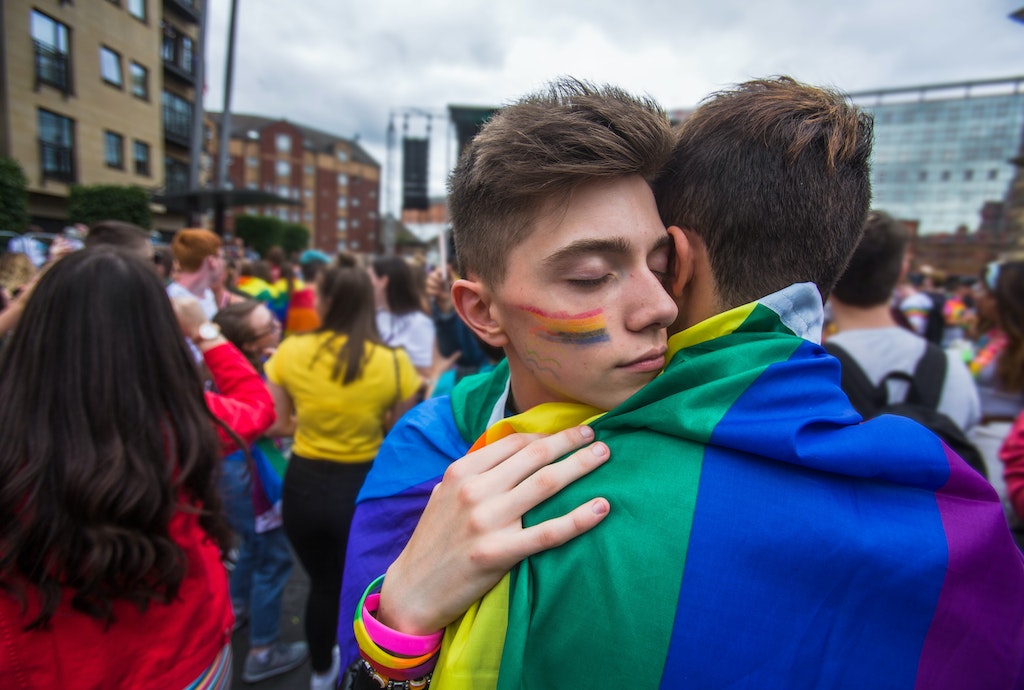 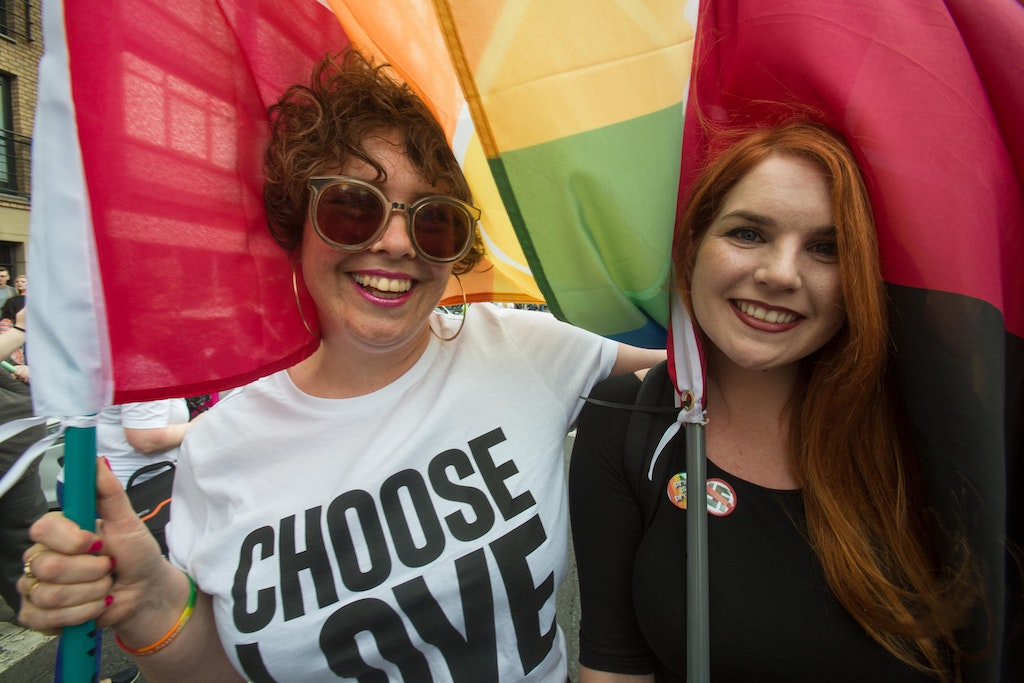